Welcome to the Regional Arts & Culture Council’s 2013 Annual Report—designed for the first time as an online experience. We hope you will let us know what you think of this new format for sharing the highlights of another action-packed year.

In 2012 we focused much of our time and energy around advocacy and campaigning for the Arts Education and Access Fund, and then celebrating its ringing endorsement by voters. In 2013 Mayor Charlie Hales, Arts Commissioner Nick Fish and the Creative Advocacy Network fine-tuned the measure and settled several legal challenges, all of which allows this groundbreaking effort to move forward. 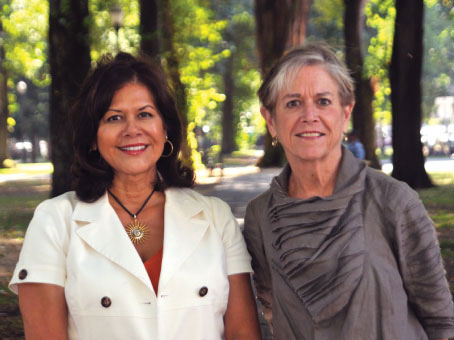 Meanwhile, we have refocused our attentions on the core values behind all of RACC’s programs and activities. Inside this report you will see how we have leveraged funds through Work for Art and The Right Brain Initiative and all of our public and private partnerships. We have also been honing our program delivery for maximum efficiency and value. As we head into 2014 we pledge to remain fair and transparent stewards of both public and private funds, investing in artists, nonprofit organizations and schools that make our community stronger.

RACC continues to build on past efforts around equity and inclusion to ensure we reach all residents in our region with arts and culture funding, education, support, access and information. This report highlights some of the important steps we are taking, including further diversifying our board and staff and providing various resources to the many arts organizations we fund. We firmly believe that this is work all of us must commit to and measure individually and collectively.

On behalf of the RACC Board and staff, thank you to everyone who contributed to the creativity, vitality and livability of the Portland region in 2013. Together we will make 2014 another banner year for arts and culture.

To enrich community life by working with partners to create an environment in which the arts and culture of the region flourish and prosper.

Through vision, leadership and service the Regional Arts & Culture Council works to integrate arts and culture in all aspects of community life.

Our work would not be possible without the dedication of RACC’s staff and board members. Seven new community volunteers joined our board in 2014: Robert Bucker, Debbie Glaze, Angela Hult, Dana Ingram, Susheela Jayapal, David Lofland and Linda McGeady.

We also said farewell to three board members whose final terms expired in June: Alan Alexander III, Karen Karbo and Bonita Oswald. Thank you for your service, and welcome to RACC's Resource Council!

RACC’s audited financial statements for the year ending June 30, 2013, reflect the planned use of net assets that were accumulated in prior years, including temporarily restricted public art funds as well as multiyear foundation grants for The Right Brain Initiative. The organization’s expenses have remained stable, and RACC’s management costs are consistently low at 11.5%. 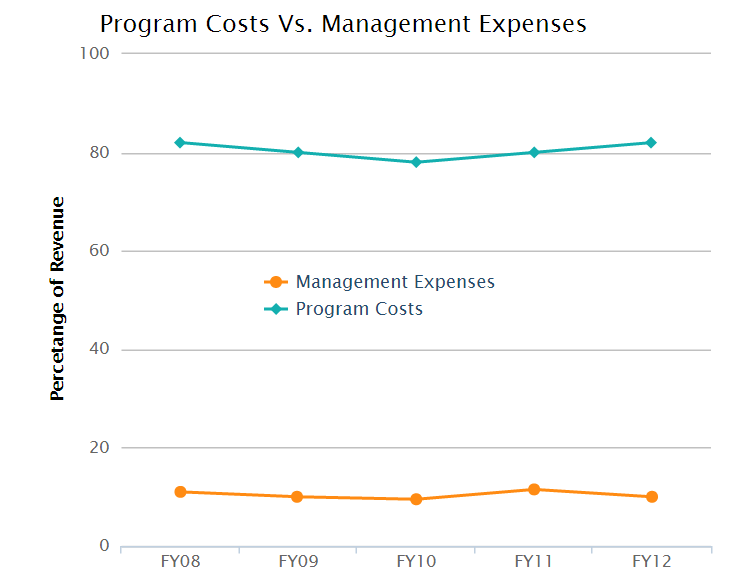 Every public dollar invested in RACC in FY13 became $1.18 through RACC’s leveraging model, including gifts and grants from the private sector. The City of Portland remains RACC’s most significant funding source, including $3.9 million from the city’s general fund in FY13, and $200,000 from the city’s business license fee designated for a special matching challenge fund that helped Work for Art raise more than $761,359 last year.

In FY13 RACC did not receive any proceeds from the Arts Education and Access Fund (a new income tax approved by Portland voters in November 2012) but did receive its first allocation in early 2014. These additional funds will be used exclusively for grants, and for arts education coordination activities.

This partnership managed by RACC is currently serving nearly 14,000 K–8 students in the Portland metro area. In 2013, Right Brain also provided professional development for more than 300 teachers and other school staff, helping them build the skills to independently weave the arts throughout their curriculum.

Right Brain received renewed funding from the National Endowment for the Arts in 2013. The program also developed affiliations with two other national initiatives. Turnaround Arts (TA) is a public-private partnership of the President’s Committee on the Arts and the Humanities, aiming to turn around student achievement through the arts at the nation’s lowest-performing schools. Right Brain proudly partnered with Portland Public Schools’ King PK–8, one of only eight TA schools in the country, to provide an essential part of its classroom arts programming and professional development for staff.

Add an “A” for arts to Science, Technology, Engineering and Math curriculum, and you’ll make STEAM. Right Brain piloted STEAM programming at Jackson and Quatama Elementary Schools, both located in the “Silicon Forest” area of Oregon’s Washington County. Students used the arts to illuminate physics, ecology, geology and much more. Right Brain also worked in collaboration with US Representative Suzanne Bonamici, a leader in the Congressional STEAM Caucus, to build major awareness for the movement.

Read more about Right Brain at TheRightBrainInitiative.org, or download the 2013 Progress Report.

RACC provides numerous additional resources to support a thriving community of artists. Among our accomplishments in 2013:

In 2013, RACC awarded a total of $3.3 million for artists, arts organizations, schools and other community groups.

Public art enlivens urban and rural landscapes and promotes dialogue among people of all ages and backgrounds. Through a variety of methods, RACC helps acquire and maintain community-owned artworks in public places. The Public Art Advisory Committee oversees RACC’s public art program, which is among the oldest and most highly regarded in the country.

The City of Portland and Multnomah County each have a “2% for Art” ordinance that funds the creation and maintenance of public art.

For artists interested in painting a mural in the City of Portland, RACC’s Public Art Murals Program offers up to $10,000 in matching funding for qualifying projects. Building owners are required to provide easements that allow the mural to be added to the city’s public art collection and remain in place for no less than five years. On October 12, RACC hosted a workshop at Teatro Milagro in Southeast Portland to help artists and community members understand the ways and means of getting an outdoor mural done in the city.

In addition to large, permanently sited commissions, RACC has managed collections of two- and three-dimensional artworks for the City of Portland and Multnomah County for more than 30 years. Over 1,000 portable artworks now rotate throughout 36 city and county buildings, including 17 new works that were recently purchased for the Visual Chronicle of Portland, a subset of the Portable Works that focuses on works that capture the zeitgeist of the city.

RACC maintains a space for interactive and experimental media installations in the lobby of the Portland Building. The program has featured 155 installations since it started in 1994. Exhibits appearing in 2013 included:

Also in 2013, artists Garrick Imatani and Kaia Sand began their residency at the Portland Archives & Record Center with a goal of understanding surveillance files the Portland Police Bureau gathered on activist groups in the 1960s, ’70s and early ’80s. They will create a series of installations and public interactions as part of their residency.

Both of these projects are funded by the City of Portland Percent-for-Art program, which RACC administers.

Since 1989, public art maintenance funding has been set aside for percent-for-art commissions to assist with their future care. But what about works made before 1989? A significant number of historical sculptures in the City collection have no maintenance funding at all. In times of tight budgets creative solutions and collaborations are required, and this summer RACC was pleased to be able to leverage its resources with a Cultural Development Grant from the Oregon Cultural Trust to undertake surface restoration projects on the George Washington monument at NE Sandy and Alameda and the Sacajawea and Jean-Baptiste sculpture in Washington Park. The grant also funded a professional condition assessment for the iconic Portlandia sculpture on the façade of the Portland Building.The assessment will help RACC develop a detailed conservation plan for this symbol of our city.

RACC advocates for increased public and private investments in arts and culture. Our grassroots workplace giving campaign, Work for Art, raised $776,007 during the 2013-14 campaign year. Honorary Chair Jeff Harvey, president and CEO of Burgerville, and co-chair Mike Golub, president of business operations for the Portland Timbers, led the campaign. All Work for Art proceeds—nearly $5.5 million over the last eight years—go out as grants to local arts and culture organizations.

RACC also supported the Creative Advocacy Network and its campaign for “Schools and Arts Together,” which resulted in a new Arts Education and Access Fund, approved by 62% of Portland voters in November 2012. Proceeds of the new income tax will pay for one art or music teacher for every 500 K–5 students in the city’s public schools and numerous arts education and access activities throughout Portland.

“In today’s business world, there’s no such thing as too much creativity or too much innovation.”
— Jeff Harvey, President and CEO, Burgerville

The 2013–14 campaign is now underway, with a goal of raising $775,000. Jeff Harvey is serving as honorary chair for a second year, supported by co-chair Mike Golub, COO of the Portland Timbers. The campaign got a major boost in December, when Work for Art received $50,000 from Cambia Health Solutions, its largest corporate gift to date.

Work for Art, RACC’s workplace giving program that raises money and awareness for local arts organizations, raised a total of $764,309 in the campaign ending June 30, 2013. Work for Art’s seven-year fundraising total has grown to $4,689,631.

The 2012–13 Work for Art campaign was chaired by Jeff Harvey, president and CEO of Burgerville. “It is a great thing to celebrate arts and culture in our communities,” he says. “In today’s business world, there’s no such thing as too much creativity or too much innovation. Investing in a vital arts community is the same as committing to deep and long-term investment in the vitality and innovation of business.” For the third consecutive year, Burgerville hosted a special “Feed the Arts” Day at all 39 of its restaurants, raising $15,000 in addition to the company’s employee giving campaign.

Portland General Electric was the top employee giving campaign in 2012–13, raising a total of $83,530 for Work for Art. Burgerville had the most employee donors (410) of any company, and Portland Center Stage was acknowledged for raising the most money among nonprofit organizations ($2,442). Work for Art also welcomed new campaigns from Laika, Metropolitan Group, Bank of the Cascades, and Norm Thompson Outfitters.

RACC recognizes the many who have contributed time and money to make this work possible. Thank you all for helping us integrate arts and culture in all aspects of community life!

Board Committees and Resource Council

Our work would not be possible without the extraordinary contributions we receive from businesses, foundations, government agencies and individuals. We are incredibly grateful for your support!

We’re not in it alone! In fact, we rely on collaborations with dozens of other extraordinary organizations in order to enrich our communities through arts and culture.

We also wish to thank

Thank you for supporting the ongoing work of the Regional Arts & Culture Council. RACC is a registered 501(c)(3) nonprofit organization, tax ID 93-1059037.